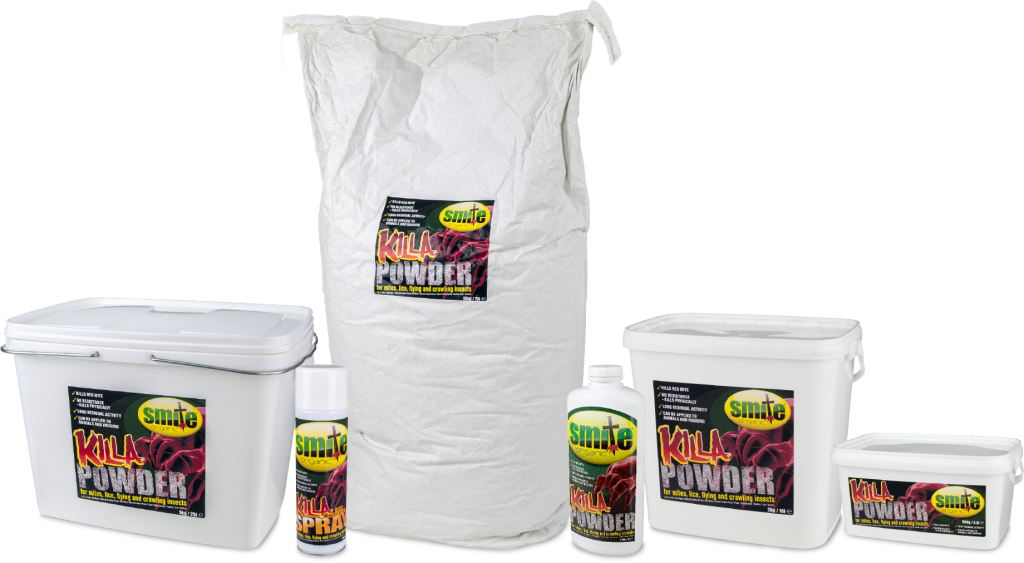 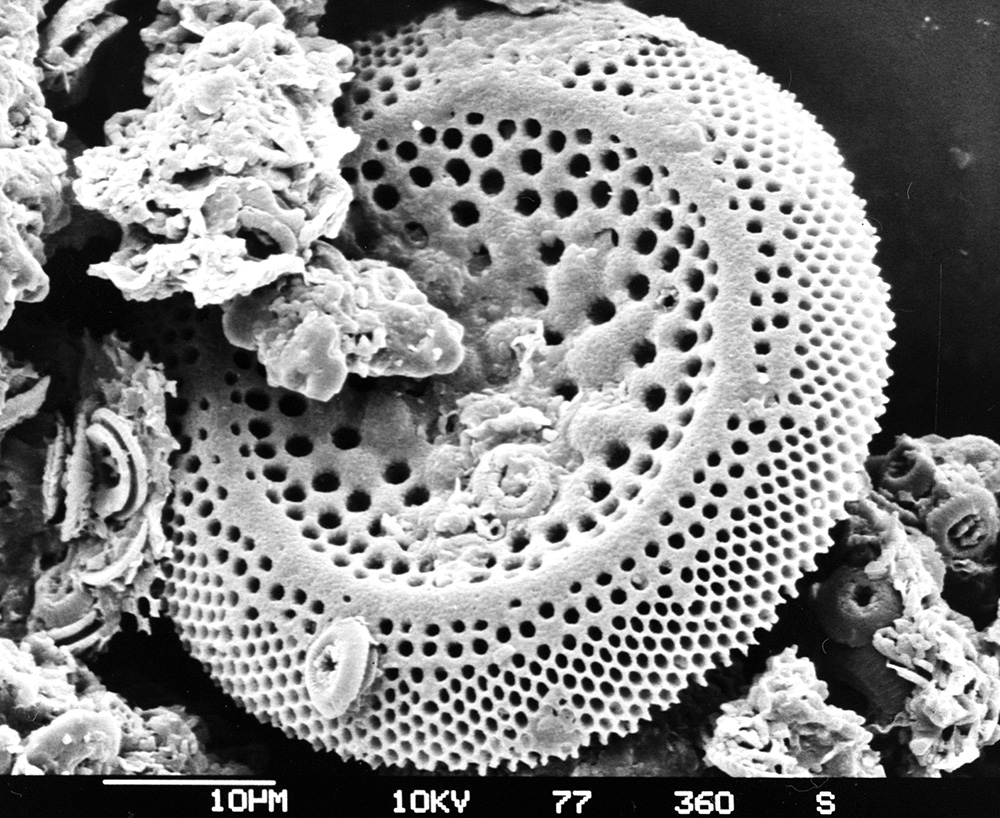 Like Smite DE Powder, Smite Killa Powder is 100% Diatomaceous Earth made up of fossilized remains of diatoms, but has a smaller particle size, which means it is fully EU-Approved for use as a pesticide to kill mites, insects, spiders, lice and other small organisms.

Smite Killa Powder is a dessicant which kills insects by physical means; the abrasive nature of the microscopic diatom particles destroy the waxy exoskeleton of the insect, causing it to dehydrate and die. It is a totally natural, organic pesticide which contains no chemicals, which means that it can be used actually on the animals or birds, as well as on the housing and surrounding areas.

Smite Killa Powder is a natural drying agent which absorbs ammonia, so reducing odours as well as killing the small parasites which thrive in animal housing and bedding. It encourages and supports healthy living conditions for animals and poultry, as well as killing the parasites on the host; in turn this reduces irritation and other harmful effects and supports productivity and good health.

Unlike chemical pesticides, there is no risk of resistance build-up when using Smite Killa Powder as it kills pests physically rather than chemically – giving consistently effective results with a long residual, time after time!

• Can be used directly on the bird or animal

• Can be used in food areas

• Suitable for use around all animals or in the home

• No resistance build-up as it kills physically, not chemically

• Has no detrimental effect on the natural eco-system

* Due to its small particle size, Smite Killa Powder has a much lower density than Smite DE Powder, with the result that a similar volume of product contains a lower total weight of powder.

Use biocides safely. Always read the label and product information before use

Smite Organic Killa Powder can also be applied directly to small animals, dogs, cats and poultry to control fleas and mite (seek veterinary advice first) and can be added to dustbaths for domestic (caged) birds or poultry. Lightly work the powder into the coat or feathers, paying attention to areas the animal cannot reach, such as the scalp. Repeat the application once a month. As with all topically-applied products, it is recommended to test a small area first, in case of individual sensitivity to the product.

Additional products to use in conjunction with Smite Killa Powder:

© PestTrappa 2018. The whole of this website, its design, information and downloads are copyright and is made available for the use of SMITE resellers and their customers. Any reproduction or further publication of this document, in whole or in part, by any means, may be made only with the express permission of PestTrappa and its origin should be acknowledged. Smite and Smite Professional are Trademarks of PestTrappa. Contact: PestTrappa Tel: +44 (01246) 264635 or info@smite-a-mite.com